This post was originally published August 3, 2016 and extensively updated November 24, 2017.

The rise of the internet has brought new possibilities and sources for raising money online. With the increasing popularity of GoFundMe accounts, a donation-based crowdfunding site, and other crowdfunding sites, we are getting more and more questions about the tax consequences of using these sources for funding.

With this type of funding, a company offers consumers products or experiences in exchange for pledging money to help start their project. In most cases, proceeds obtained from the campaign are taxable as income to the company. Any related expenses usually offset this income. An common example of reward-based crowdfunding would be Kickstarter.

Equity crowdfunding is a way for companies to obtain equity investors in their company. The SEC regulates this type of funding. The proceeds obtained through equity funding are not taxable to the company because they represent capital in the company.

As you can see, this type of donation is much different than the first two. So what are the tax implications when you set up an account to receive, or donate to, these funds? Is crowdfunding taxable income?

In most cases, the funds received through a donation-based site like GoFundMe are not taxable. They are considered personal gifts, which aren’t taxed as income.

Are My Donations Tax-Deductible?

If you donate to a cause on GoFundMe, you may or may not have to pay taxes on GoFundMe donations.

In this article, we’re going to focus mostly on donation-based crowdfunding tax implications.

IRS requirements are often confusing, and crowdfunding tax treatment is no exception.

Crowdfunding sites, like GoFundMe, are legally required to file a Form 1099 with the IRS for campaigns that receive over $20,000 in donations or over 200 donations. This requirement has caused some confusion among individuals who start a GoFundMe account and receive donations over the $20,000 limit and even at the IRS.

Why the confusion? For most people, a 1099 indicates taxable income that needs to be reported on their tax return. However, as mentioned above, donation-based crowdfunding is not taxable. While you should report crowdfunding on your tax return, this does not automatically make it taxable.

To eliminate some of the confusion, you should record the 1099 income on your tax return as other income. Then, on another other income line, report an offsetting reduction for the same amount. You can also add a short explanation of the reason why it is being considered nontaxable.

If you fail to correctly file your crowdfunding donations, you might experience other problems later on. Recently, the IRS sent a cancer survivor a tax notice for $19,000 related to back taxes and interest after she received a 1099 for proceeds on her GoFundMe account. The IRS claims that her proceeds should have been claimed as income.

Basically, the IRS received a copy of the 1099 showing proceeds and tried to match it up to her tax return, but she didn’t record the income on her return. Without her recording the income the way we have suggested, the IRS has no way to know that the proceeds should not be taxable.

Trying to sort this out with the IRS after the tax return has been filed can create a lot of headaches and frustration.

In addition to GoFundMe, there are other crowdfunding sites like Kickstarter and Indiegogo.

If you are considering using one of these crowdfunding accounts, it is important to consider the tax implications of each before jumping into it. If you are unsure about your unique situation, reach out to CMP and we’ll help you determine any tax implications you should consider. 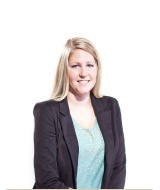 Tara Williams is a CPA in the Logan office of CMP. Tara enjoys interacting with clients and working with them to create solutions to problems.